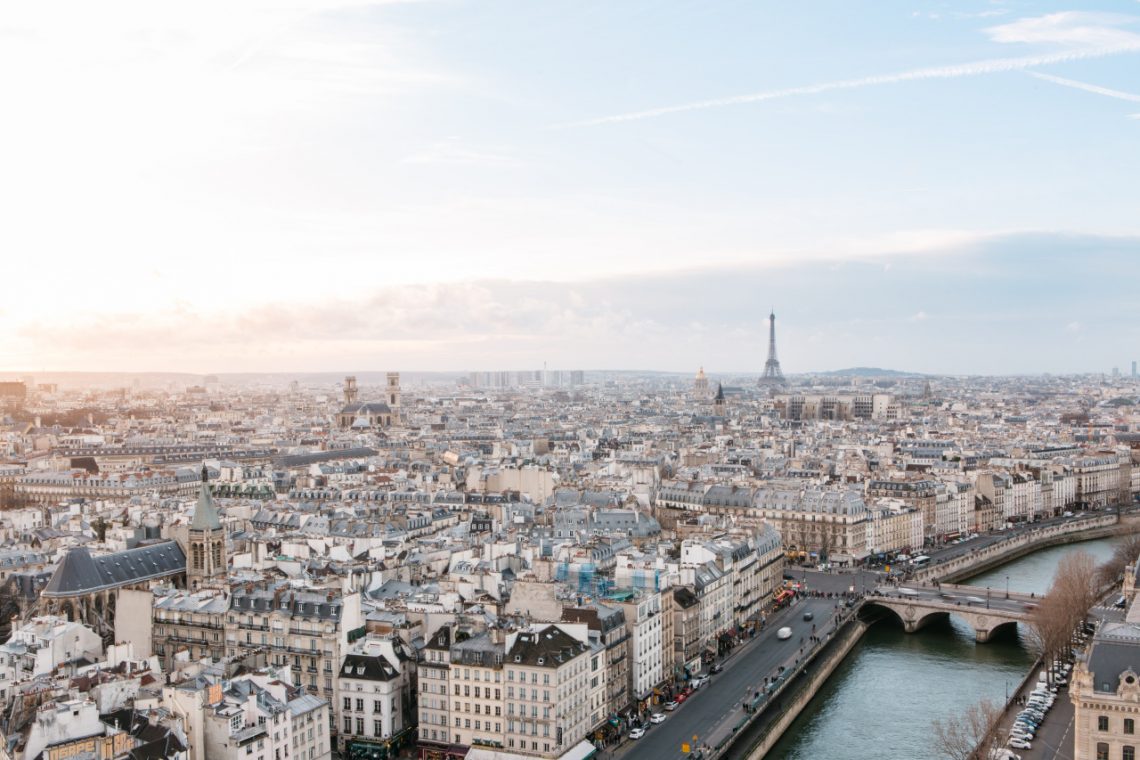 “Paris, this aura amongst the living, its will, its law, its phenomenon, its rule sent to human avantgarde”- Victor Hugo

The moment you arrive in Paris, you can just hear the wind whispering melodiously on Edith Piaf’s “Sous le ciel de Paris” and you feel like stepping into the shoes of a character who reads Baudelaire’s poems in a modern form. You notice that Paris is a breath-taking city and, no matter how often you visit it, there is always something new to discover. This is the place where the most beautiful arts blend together, in which love stories once uttered become hidden epistles in the buildings’ architecture, where the sweet scent of love and passion is felt, home for feelings, and personal journeys to go through a series of metamorphoses at a natural pace, creating a true sensory experience. In fact, this accumulation of emotions is the magic of Paris, the magic that artists attempt to capture in different shapes and forms, but which is, in fact, quite elusive. You can pick up on its charm by strolling through its streets, and letting it guide you towards the most spectacular places.

Let’s get to know Paris!

It is the capital of France and a space that is constantly transforming, yet still keeping its image as the “city of love” intact, recognized for its impressive architecture and monuments that have truly made history. There will always be a new bar or a new restaurant to top the charts with places to visit; there will always be a garden or a fascinating place hiding behind grand palaces or boulevards; there will always be new artists who will show off their talents on the streets, and who will get to impress you. Despite the fact that Paris is one of the most visited cities in the world, it continues to be a distinctive enigma for each and every tourist. If you however arrive in this City of Lights, then let us guide you to the most delightful places that have turned Paris into a landmark of beauty, an important pole on the art map!

The Citadel is crossed by the Seine River, which divides the city into two parts – the right bank, to the north of Paris, and the left bank to the south. You can go to Paris at any time, because each season “transforms” the city into a whole new identity, and offers tourists a lot of reasons to visit it. You cannot get bored, especially since it offers a plethora of tourist attractions, both visual and historical, such as museums (the Louvre, the Orsay Museum, the Rodin Museum, the Georges Pompidou Centre, the Cluny Museum, the Montparnasse Museum, and the Picasso Museum), monuments and buildings (Eiffel Tower, Arc de Triomphe, Notre-Dame Cathedral, Sorbonne University, Paris Pantheon, Place des Vosges, Sainte-Chapelle, and the Conciergerie), and many other spectacular tourist attractions. 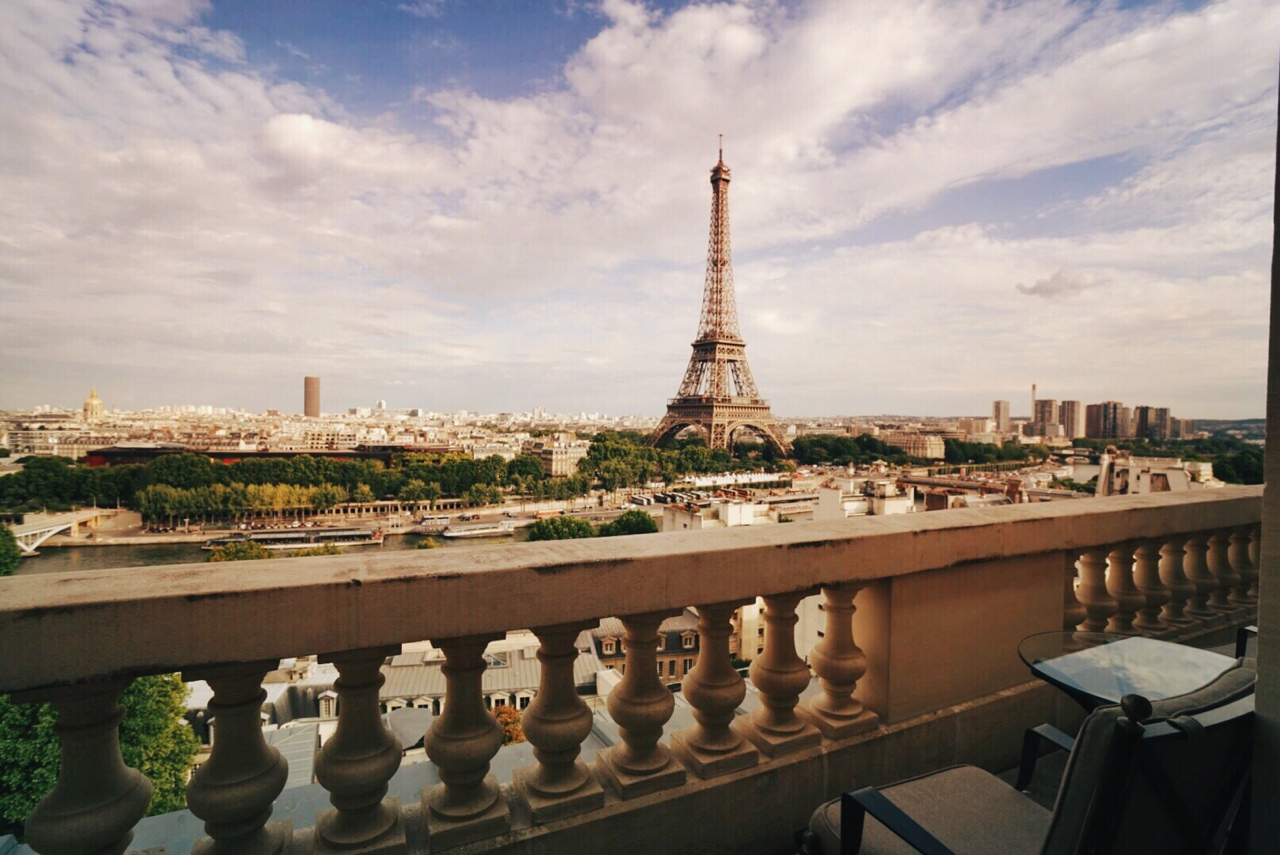 When you say Paris, you automatically say the Eiffel Tower. This association is almost immediate, especially because it is probably the most visited tourist destination of Paris, and a true symbol for the French citadel. The tower is a famous building on a steel skeleton measuring 324 meters high, and attracting more than 5.5 million visitors per year, being considered one of the world’s most important tourist attractions. You could say it is, almost, a personal crime to go through life, and not to get to see the Eiffel Tower, at least once.

Considered the darkest of the great Gothic cathedrals, the famous Notre Dame is the very epitome of medieval French Art, and a true symbol of the religious history of this country, standing out through its spectacular architecture. Each and every detail impresses through colour and design. This is why it is a place to be definitely checked on the list when visiting Paris.

Once upon a time, the largest palace in the world, now the biggest and most noteworthy art museum, Louvre is the ‟residence” of grandiose works such as: Mona Lisa, Venus of Milo, the controversial glass pyramid by I.M. Pei, as well as 40,000 other spectacular works of art (35,000 of which are not on permanent display). Stretching over 800 meters along the bank of the Seine, the palace began as a medieval fortress, and extended throughout time into a royal residence. It was built as a museum right after the revolution, and its collection of works was significantly increased by Napoleon. Today, collections are divided into seven departments: three ancient sections (which include: Oriental, Egyptian, Greek, Etruscan, and Roman antiquity), and four modern sections: sculpture, painting, graphics, and other art objects. Many exhibits can be admired in the Louvre Museum and, even if you are not a connoisseur, you will be surely impressed by the purest forms of beauty that these works represent. 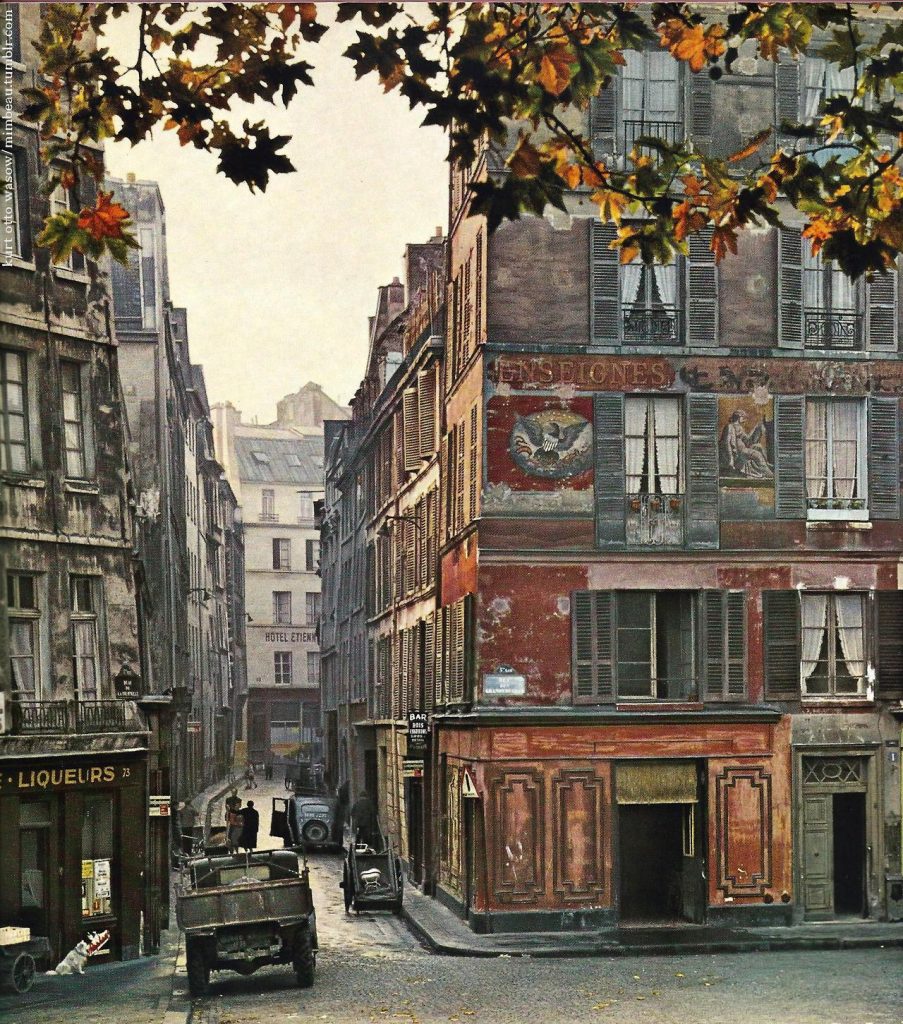 Without any shade of doubt, the perfume is a symbol of French craftsmanship. Most fragrances in the world are of French origin, and the people are educated in the art of perfume. Softness, delicateness, elegance, discretion – all are learned and transmitted by the French, from generation to generation. Nowadays, France is the world leader in perfumes, which is why fragrances are the most exported French products. Cosmetics and perfumes are third. So, where could a museum of perfumes be established, if not in Paris?

If you love these elixirs that delight all your senses, when you get to Paris, set as a sightseeing objective the Grand Musée du Parfum. This private museum, made with an investment of about seven million dollars, and built from pure passion for the olfactory sense, exhibits over 70 creations and follows the evolution of perfumes from ancient times to the present day. The museum opens with a room called ‟Perfume Stories and Histories”, where perfumes and ancient flavours have been brought back to life. Here, visitors can get to know the oldest perfume in human history: kyphi – an essence made from myrrh, wine and honey. Dating back from ancient Egypt, the perfume was used for sacred rituals, cast over the hot coal to burn, and release its special smell.

Here, we also find stories of famous couples who have changed the history of perfumes, such as: the business partnership between Cleopatra and Marcus Antonius, or the story of Katherine of Medici and her personal parfumier, who introduced the fragrance to France. Moreover, you will find that the perfume has not always been held in beautiful bottles. In the Middle Ages, the distinctive scents were soaked in sponges, and transported in small boxes. But these are just a few of the perfume stories that the Grand Musée du Parfum holds in store for its visitors.

We could say that France is the place where most of the perfume history was written. It all began with small perfumery laboratories in Paris, where the masters of this art already had a list of clients, each with his or her own preferences. Every nobleman or merchant wanted another type of perfume, and fragrances were getting true catalogues of tastes, and notes. Gradually, the perfume fashion expanded, and the Kings of France, especially, Louis XIV and Louis XV, were among the most ‟avid” perfume consumers. This ‟golden age” of fragrances would end with the French Revolution, when this important market was virtually paralyzed. Considered a noble mood, many of which had come under the guillotine, the scents were virtually forbidden. There’s even a perfume named ‟Guillotines”. But, with Napoleon, a passionate fan of flavours and essences, a new chapter in the history of French perfume began. Soon, they would evolve from the status of small manufactures to true industrialists, setting the foundation for an impressive industry that, in time, became remarkable for its distinctive dynamics. Nowadays, the perfume industry is one of the most powerful and constantly evolving ones, marked by a strong and tough competition between manufacturers, with a growing marketplace, with new formulae invented each and every year.

Paris is the city that arouses all your senses, and quenches all your thirsts, but it is important to note that perfumes play a very big role. An olfactory creation lover will live here the experience of a lifetime, as it is not for nothing that Paris has become the trade counterpart for Grasse and, at the same time, the world’s biggest and most important perfume centre. Fragrances like Robert Piguet, Parfums MDCI, Le Galion, Serge Lutens, Lalique and Dali Haute Perfumery are based in Paris. So, get ready for a unique sensory journey that will take you to the refined world of fragrances!

‟We will always have Paris” is one of the most famous quotes from the movie Casablanca (1942), which somehow manages to focus the essence of the complex feeling that this city gives you. This almost mystical place, this scene in which art, in its various forms, dances the most seductive waltz, leaves its mark on you when you explore it. Therefore, get acquainted with Paris and you will never forget about it… 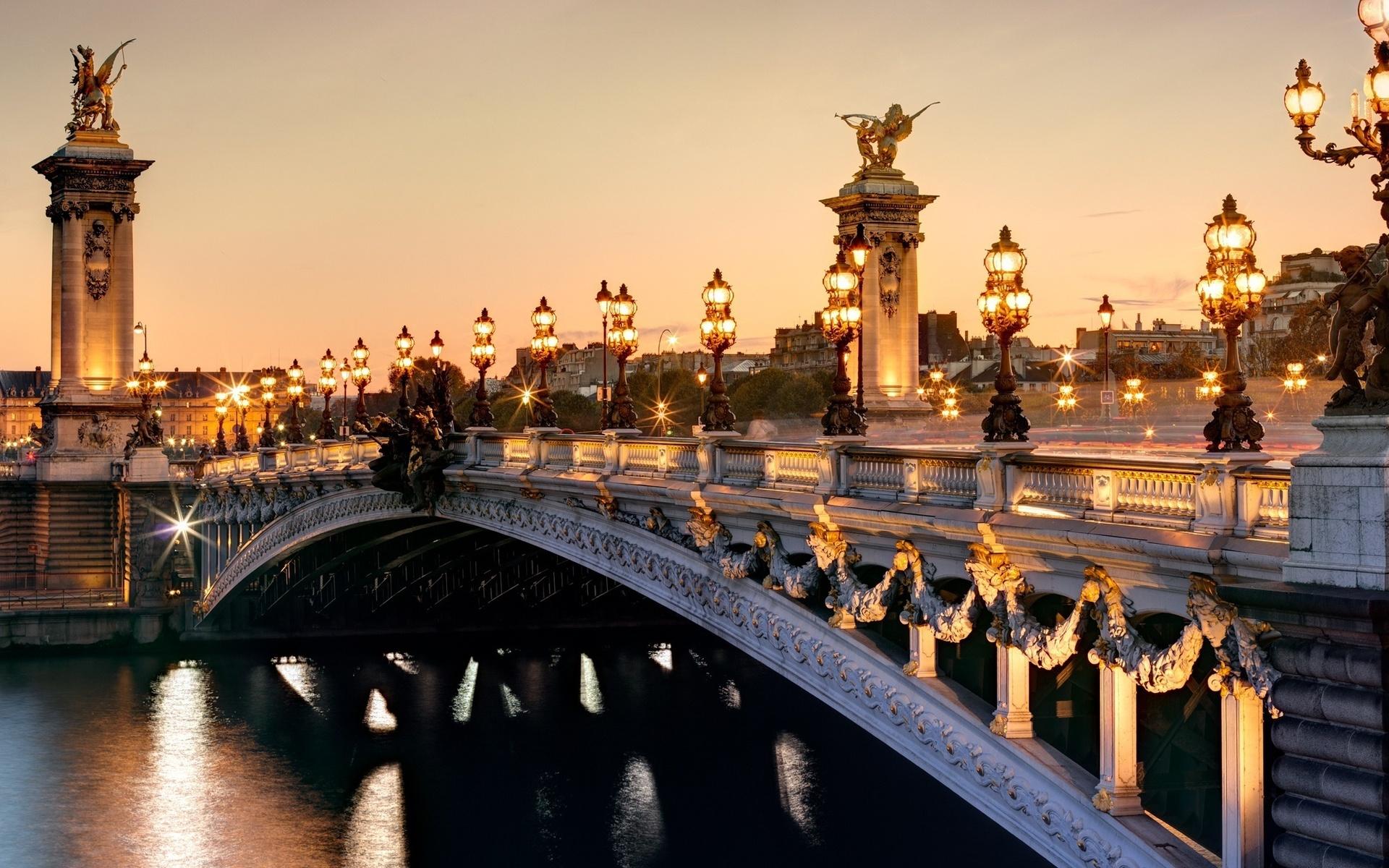 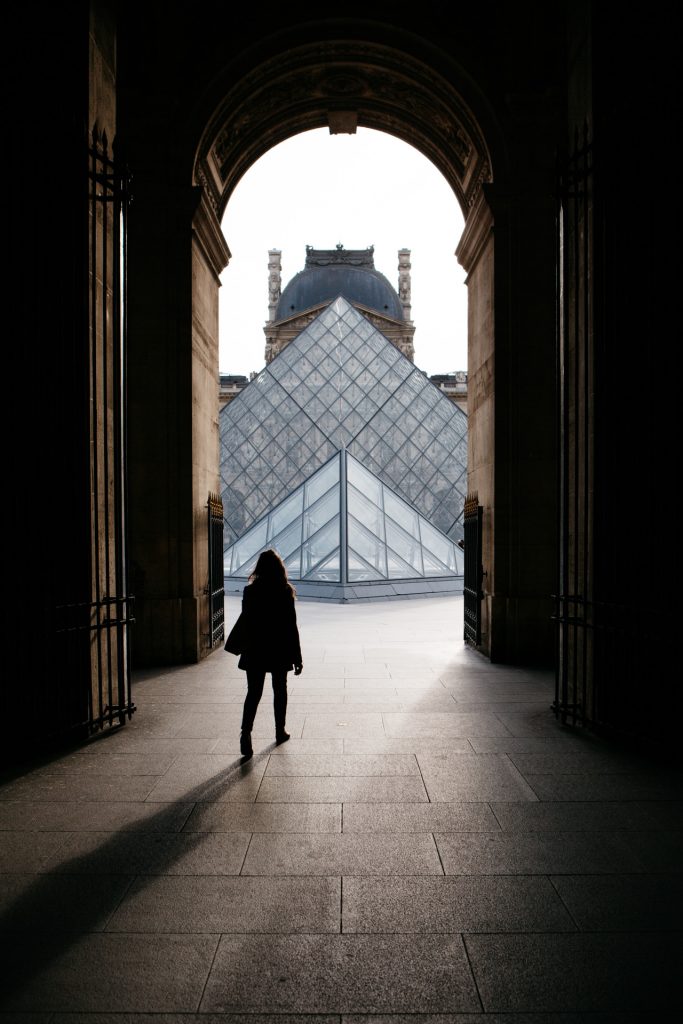